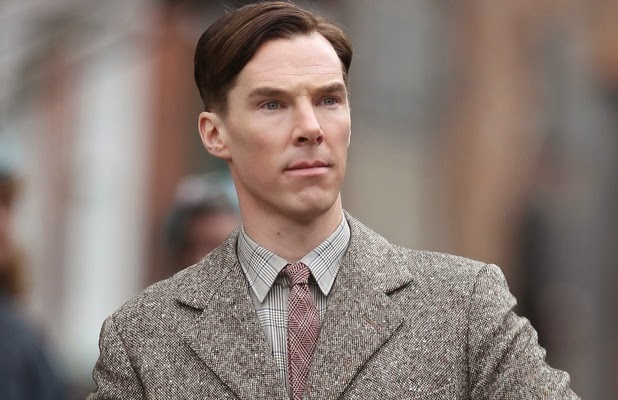 The Imitation Game Stars Benedict Cumberbatch as Alan Turing and should be out in the U.S. Nov. 1st.

It looks very good. I'm a fan of Cumberbatch and love these types of war movies. I'm looking forward to seeing it.

Alan Turing was a computer scientist and mathematician He is considered the father of artificial intelligence and he's the person who cracked the German Enigma code. (For a great movie about how we stole an Enigma machine check out U-571.)

The Imitation Game was Turing's name for what we now call a Turing Test, which is:

...a test to determine whether a computer can think... distinguishing “original” thought from sufficiently sophisticated “parroting.”

...if a computer acts, reacts, and interacts like a sentient being, then call it sentient. To avoid prejudicial rejection of evidence of machine intelligence, Turing suggested the “imitation game,” now known as the Turing test: a remote human interrogator, within a fixed time frame, must distinguish between a computer and a human subject based on their replies to various questions posed by the interrogator. By means of a series of such tests, a computer’s success at “thinking” can be measured by its probability of being misidentified as the human subject.

Posted by Kelly/Taiko at 6:43 AM No comments: 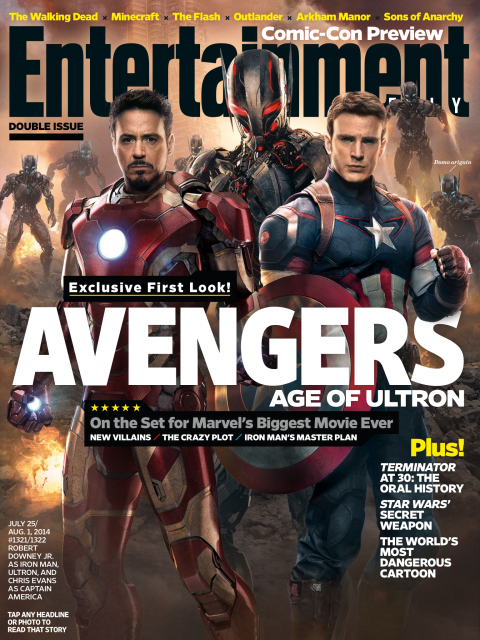 This looks like it could be good. They're getting a couple of DC characters in the movie also.

I still haven't seen the latest Captain America (It's the prequel along with Iron Man 3 and Thor 2.) I wasn't a fan of the first Captain America so I didn't bother to see the sequel. I liked Thor, Thor 2 was okay (I didn't get into it as much as I'd have liked,) and I loved Iron Man 3, probably more than 1 & 2.

Here's a few excerpts of what's to come.

Entertainment Weekly's latest issue has a huge 11-page spread on the "Avengers" sequel, revealing what to expect from possibly the biggest movie of 2015.
We find out a bit about how the Avengers team reassembles after the last film, what's going on with the additions of Elizabeth Olsen and Aaron Taylor-Johnson as new characters Scarlet Witch and Quicksilver, and how villain Ultron comes into play.

After "Thor 2," "Iron Man 3," and "Captain America: The Winter Soldier," our superheroes are pretty much in retirement mode.
Thor has given up his right as the leader of Asgard, Captain America has gone off in a search of his friend Bucky, and Tony Stark rid of all his Iron Man suits.
According to EW, the Avengers team now wants someone — or something — else to take the lead when it comes to fighting off villains.

Enter Ultron, a drone that was originally built by Hank Pym (the original Ant-Man) in the comics back in 1968. This time; however, he'll be built by Stark (Robert Downey, Jr.) as a means of protection gone awry.

"The 'Avengers' sequel begins with Stark's latest plan to fix the world: Ultron will be an all-seeing, all-knowing captain of the Iron Legion, a planetary force of robotic beat cops that resemble blue-and-white versions of the Iron Man suit but have no human core ... If it all works out, the superheroes can just sit back. It does not work out.
"In a bid to give his creation a dose of humanity, Stark programs Ultron (James Spader) with elements of his own personality—which proves to be Mistake No. 1 ... It seems our new robot overlord is an absolutist with all of Stark's cynicism but none of his kindness."

Whedon says the Scarlet Witch will be able to "harness magic and telekinesis." She'll be able to get "inside your head and move objects." From the article, it also sounds like she's not completely in control of her psychic abilities.

Posted by Kelly/Taiko at 7:32 AM No comments: