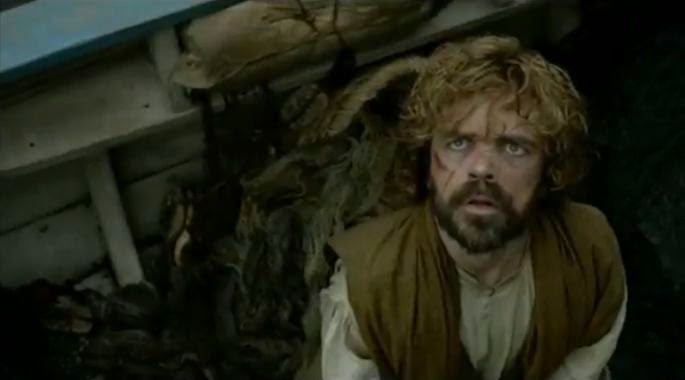 I haven't read the books so no spoilers from me. I did find spoilers for those who want them, for the first three episodes. Season 5 looks intense.


SPOILERS after the video.

Episode #41: “The Wars to Come”: Cersei and Jaime adjust to a
world without Tywin. Varys reveals a conspiracy to Tyrion. Dany faces a
new threat to her rule. Jon is caught between two kings. (Written by
David Benioff & D. B. Weiss; directed by Michael Slovis.)

Episode #42: “The House of Black and White”: Arya arrives in
Braavos. Pod and Brienne run into trouble on the road. Cersei fears for
her daughter’s safety in Dorne as Ellaria Sand seeks revenge for
Oberyn’s death. Stannis tempts Jon. An adviser tempts Dany. (Written by
David Benioff & D. B. Weiss; directed by Michael Slovis.)

Email ThisBlogThis!Share to TwitterShare to FacebookShare to Pinterest
Labels: Game of Thrones